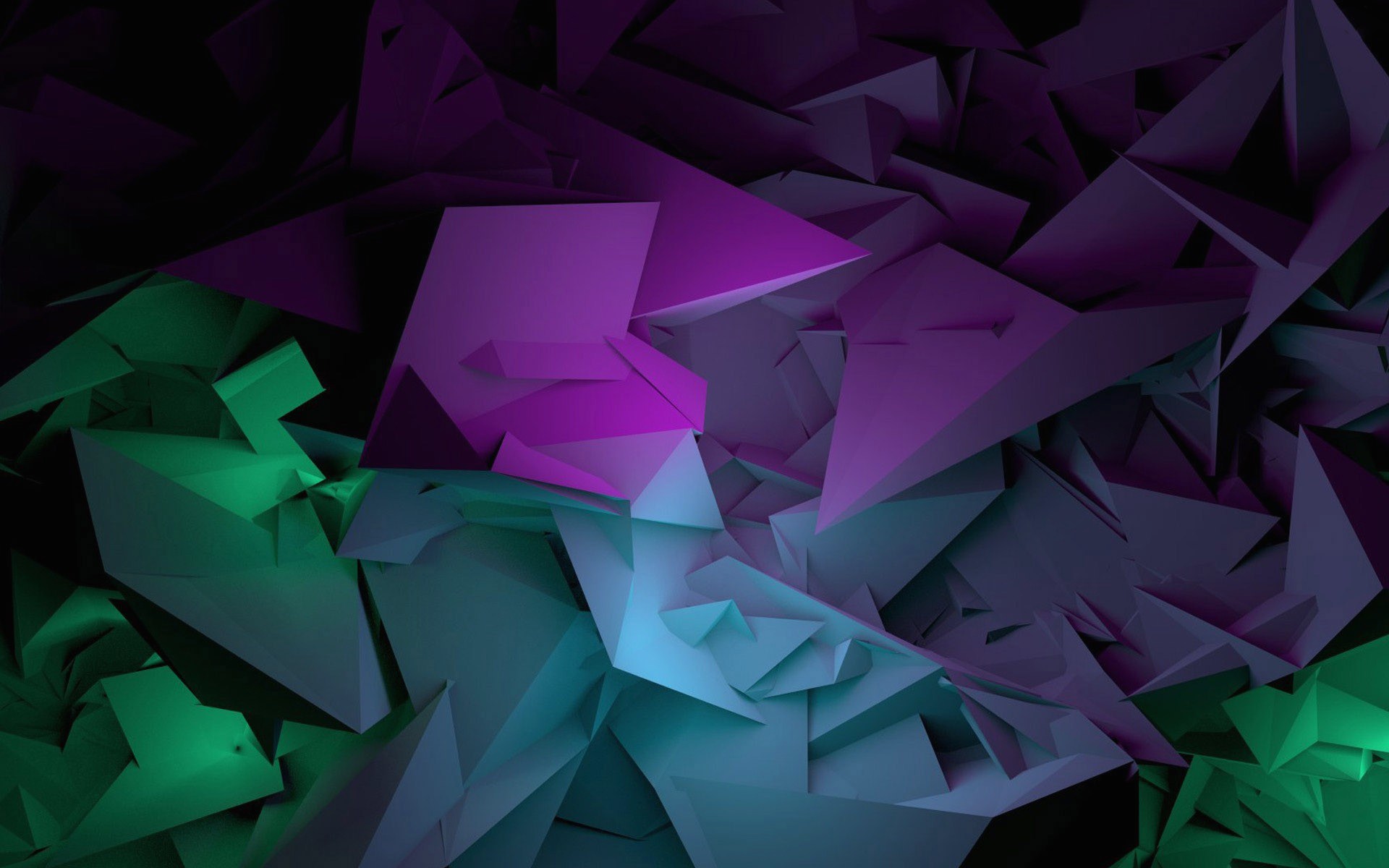 A set of mountain landscapes where the marked changes of relief allow observing a variety of natural environments crossed by gorges, which in some cases form small waterfalls that invite the enjoyment of nature and recreation. The landscape complements the set of fortifications and castles that date from the colonial era, as well as petroglyphs.

Historical review
Since it was founded in 1567 by Diego de Losada, the city of Caracas enjoyed a deserved reputation for the exceptional environmental conditions that reigned in its long valley. Settled on a high mountainous plateau near the coast, endowed with magnificent natural resources and a subtropical climate without great variations in temperature and annual rainfall, the capital of Venezuela was until the first four decades of this century, the center urbanized by excellence of the country and the main attraction pole of the rural population.

In the conformation of those characteristics and values ​​of the natural environment of the capital, it always had importance and a singular influence, the imposing mountain range that separates it from the sea: the massif of Ávila.

This prominent geographic physical feature, which defines the northern boundary of the valley, is inextricably linked to the history and ecology of the city and is a vital part of it. That is why great efforts have been made to preserve it, since it practically forms a unit with the city of Caracas.

In 1952, on the occasion of the meeting in Caracas of the Assembly of the International Union for the Conservation of Nature and Natural Resources (IUCN), it was proposed that Cerro El Ávila be declared a National Park.

In 1954, Reverend Brother Gines, director of the Society of Natural Sciences La Salle, once again highlighted the value of the mountain when he said: “Caracas can feel proud and grateful to have been favored by nature with mountains as that of Ávila, at whose feet it is sheltered and whose landscape can be enjoyed permanently. That mountain and other surrounding areas are not only the landscape element sung by poets and the origin of many waters, but it is also providential to provide that factor that man lacks in the city: contact with Nature “.

These significant antecedents, together with the violent growth experienced by Caracas in the decade of the 50s, constituted the main motivation for the National Government to take the wise and far-sighted decision to decree the creation of the National Park.

The official disposition was very successful and timely, since it allowed to face the uncontrolled forces of physical and demographic expansion of the city, which threatened to overflow on the greater mountain. He also stressed the interest to revalue the only area of ​​outdoor expansion in the vicinity of the city.

This protected area plays a transcendental role as a population dispersion zone and as a plant lung, in addition to the great benefits it can offer to scientific research, environmental education and recreation of the population.

The National Park was established under the name of El Ávila by Decree No. 473 dated December 12, 1958, which affected an area of ​​66,192 hectares. On May 26, 1974, decree No. 114 was issued that incorporated additional lands to the park and increased its area to a total of 81,900 hectares, and on April 22, 2010, by presidential decree No. 7,388, published in Official Gazette No. 39,419, dated May 7, 2010, changed its name to Waraira Repano National Park, responding to the duty of the State to promote the cultural bond of the first indigenous settlers and honor the historical heritage that is transferred from generation to generation, and to the name granted by its first aboriginal inhabitants, Waraira Repano, as indicated in the recitals of said decree.

The park has very special conditions and situations, since in almost all its perimeter it borders on urban areas, which creates serious environmental conservation problems. Despite this, it has been possible to keep it out of the urban vortex, highlighting that the establishment of the urban boundary of Caracas by the Metropolitan Office of Urban Planning was carried out in compliance with the boundaries established in the Decree creating the park. In its interior settle some small hamlets whose inhabitants live from a traditional agriculture (conucos) and some settlements of flower growers, vegetables and minor fruits. However, such activities are limited.

Water resources
In the park there are many streams and streams such as Cotiza, Chacaito, Anauco, Las Adjuntas, Pajaritos, El Sebucán, Torres, Tenerías, Tócome or Los Chorros (also called El Paraíso), La Julia, Auyamita, Guaras, La Encantada, Miguelena, Ayala, Uria. Those of the north slope drain towards the basin of the Caribbean Sea and contribute their waters to populations of the Central Coast as they are: The Guaira, Naiguatá, the Caracas, Osma, Todasana, Chuspa, the Savannah, Caruao and Guayabal, and those of the slope South drains into the Tuy river basin and supply water to the cities of Caracas, Guatire, Guarenas and other intermediate populations. The Grande and Chiquito rivers are a source of electricity for the region.

Geological and Geomorphological Information
The Waraira Repano National Park corresponds to an abrupt mountainous region with very steep slopes, originated from the sinking of the Caribbean plate and the lifting of the South American continental plate during the Eocene period. It is also constituted by deformed and weathered rocks from the Cretaceous period. In the relief, the El Ávila, Oriental and Occidental peaks stand out, which, together with the slight depression that separates them, make up La Silla de Caracas, and the Naiguatá peak, the highest peak of the Cordillera de la Costa.

Vegetation
The vegetation of the park is of forests distributed according to the height. In the lower areas there is the xerophilous forest, where species such as the cují Prosopis juliflora prevail. In the areas above 1,200 meters above sea level, there are coastal cloud forests.

Flora
There are abundant species of the family of orchids, ferns, bromeliads, as well as arborescent ferns and palm trees Ceroxylon ceriferum. In the regions above the Silla de Caracas and the Pico de Naiguatá, there is a large vegetation characteristic of a coastal abrasive sub-section, consisting of open shrubbery of 1-3 m high, the most characteristic species being the incense or frailion tree, Libanothamnus nerufolius ; Spanish flag, Castilleja fissifolia, and false frailejón, Liabum megacephalum.

The park has many places for recreation and recreation, including the Los Venados recreational area, headquarters of the Park Coordination, on the southern slope, with restaurant services, auditorium, library, restrooms, picnic areas and camping . The Interpretation Trails of the Earth and Air Nature are located in this area. The park offers a wide network of hiking trails. The town of Galipán, of great attraction for visitors with restaurants, inns, flower sales and crafts. On the northern slope, the Pozo del Cura, located in the mountain of Aguas Calientes, formed by the Caruao River, and the Tobogán de la Costa, in the same river, above the well.

Permits are not required for excursions and camping; but it is recommended to notify the ranger stations the route to follow, the place of overnight, day and time of return, name, address and telephone of the hikers, for security reasons.
LOCATION

Location from the Nearest City
The Waraira Repano National Park is located in the central stretch of the Serranía del Litoral of the Cordillera de la Costa, in the jurisdiction of the Capital District, Vargas State and Miranda State.

How to get
The park has different entrances or access roads. By vehicle, from Caracas, by the old road to La Guaira that crosses the park from South to North and arrives at Maiquetía, in the state of Vargas. In a four-wheel drive vehicle from La Puerta de Caracas to La Guaira and Punta de Mulatos along the Camino de Los Españoles and from Cotiza to Los Venados and Galipán. On foot, from Caracas along Boyacá Avenue, where the various entrances to the roads are located, duly signposted; The most used are by the distributors of Alta Florida, Chacaíto, Altamira, Los Palos Grandes, Sebucán, Cachimbo, Boleíta and El Marqués. Other accesses are in San Bernardino, Maripérez and Terrazas del Ávila urbanization, and from the Petare Guarenas highway in the Turumo and El Encantado sectors.
RECOMMENDATIONS

Recommendations for the Visitor
– Recreation activities can only be carried out within the areas designated for that purpose.
– Stay within the established trails, respect the signage.
– Deposit trash in bags and move them out of the park area.
– Do not go alone in the park. Identify yourself before the park rangers and indicate the route to follow and campsite, and report any irregularities.

Forbidden activities
– Avoid carrying glass containers that can break and cause injuries to users.
– Avoid the use of campfires, they are the cause of forest fires.
– Avoid the use of detergents and shampoo in water courses.
– Commercial and sport hunting are prohibited. The capture and mistreatment of wildlife; tear, cut or damage the flora, paint or mark the natural elements and the extraction of minerals, damage the environment. Do not do it.